David Bowers is an Australian contemporary pop artist. He works in a bold, colourful, robust style.

His work has appeared in galleries around the world but his art is anchored in the local: the buildings, streets and birds of his home town of Melbourne, the animals and machinery and architecture of the rural and suburban Victoria.

Dave was born in Geelong, Victoria in 1964. The inspiration for his unique pop art style and materials lies in his upbringing in the outer-west suburbs of Melbourne. He scavenged cardboard boxes, signage and other materials, delighting in the bright colours, pattern work and exotic lettering. 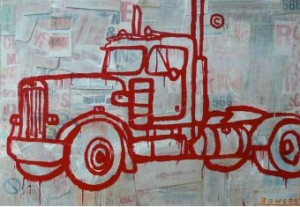 In 1992, he created Umgawa with partner Nick Morris. The irreverence and striking visuals of this art/street clothing label caught the attention of Dare Jennings, head of Mambo, and led to a long-lasting relationship. When they sold Umgawa, Bowers continued to work for Mambo and began a transition from graphic design to fine art.

Over the past 20 years, Bowers has built up an impressive collection of art work and featured in a wide range of shows and exhibitions across the world. His works have hung in the National Gallery of Victoria (NGV), and are held in the Myer and Smorgon collections.

The wide appeal of Bowers’ art is that it crosses media, styles and themes with abandon.  Bowers works with what he has at hand, including acrylics, oil sticks, enamel, cardboard and plywood.

Nick Morris, Bowers’ long-time friend and colleague, has been a steady presence over the years. The two regularly collaborate on works under the joint pseudonym “Doug Bartlett”. They have been keynote speakers at the Semi Permanent Art Design conference in Sydney and Perth and their joint self-portrait was a finalist in the Moran Prize. 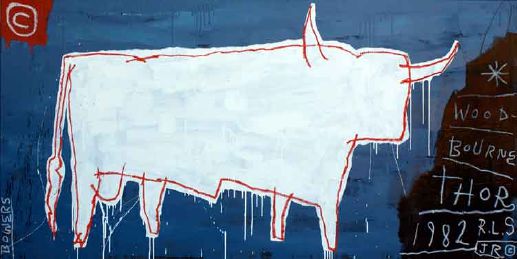 To purchase work by David Bowers or Doug Bartlett, please contact Dave. More information about Dave, including past and upcoming exhibitions, can be read on his blog.

Contemporary pop artist and painter David Bowers was born in Geelong in 1964. He grew up in Melbourne’s outer west – a blend of rural land, working class suburb and industrial wasteland. He studied illustration and life drawing at Monash University in Caulfield, graduating with a diploma in Graphic Design in 1986. From this point…

Birds of the 5k Lockdown Zone 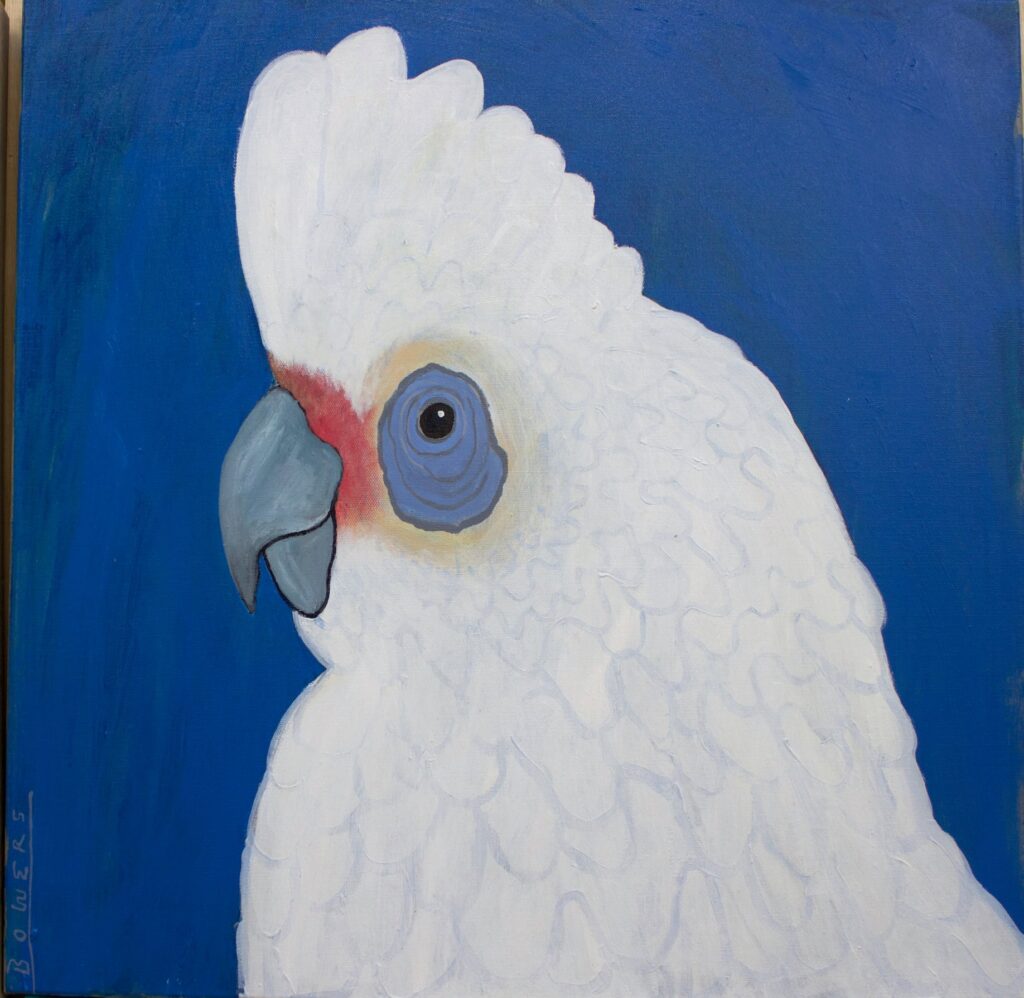 Birds of the western suburbs, 2019 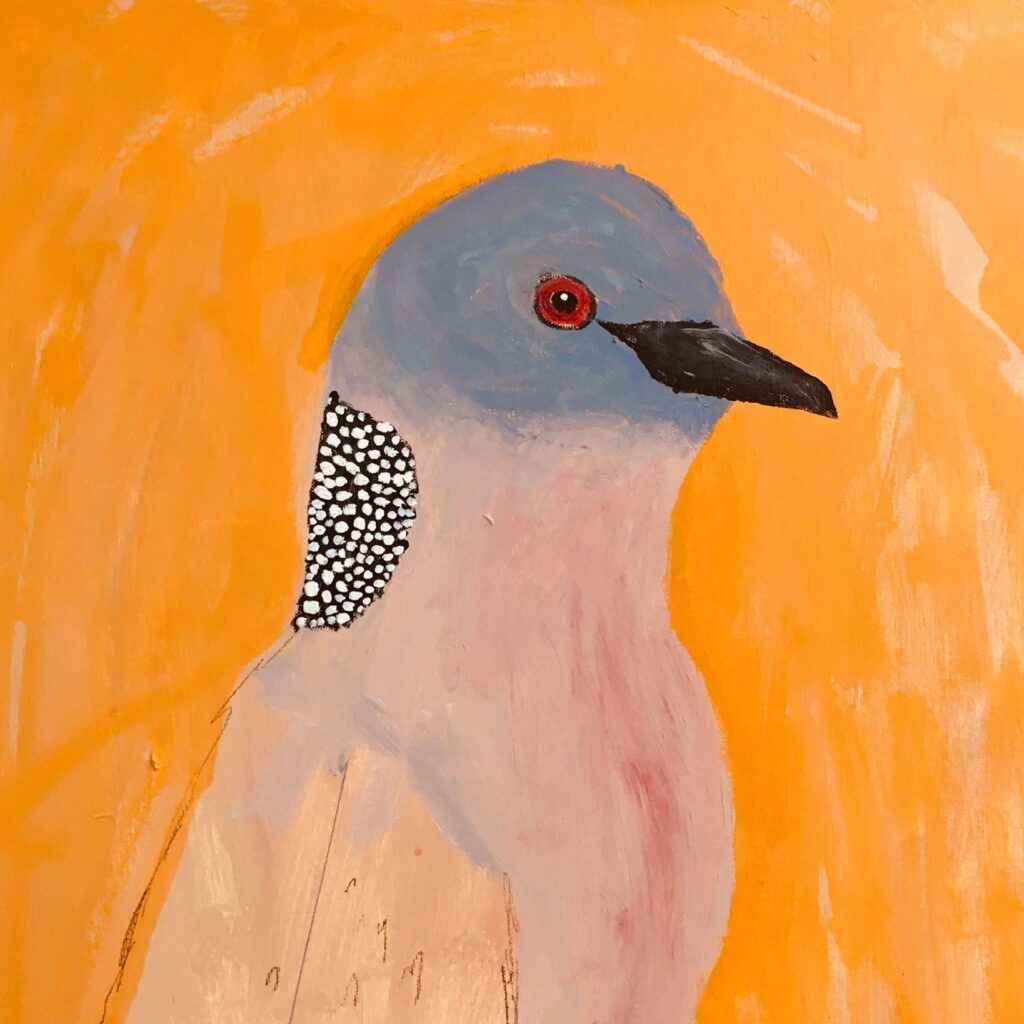